I haven’t gone on hiatus, I’ve actually been popping here and there, reading book blogs. I’ve just been really busy, and haven’t had the chance to post anything. BUT now I’m back!

I always always ran out of ideas on topics to write about, so I’ve relied on book memes since I decided to revamp my Written Constellations. With that being said, today I’ll be sharing books I’ve read that have less than 2000 ratings on goodreads–indeed, it is Top 10 Tuesday!

For those who haven’t heard of Top 10 Tuesday, it’s basically a book meme started out by The Broke and the Bookish. There’s a prepared topic for every Tuesday of the month, which you will have to answer. So if you love making lists, then you should go do this too!

There’s so much books being published, but since we’re not expected to like every single on of them, sometimes it just seems as if it’s not enough. I’m wayyyy picky with what I read, if I didn’t like the synopsis, there’s a big chance (like 98%) that I’ll never get to reading it.

I’m such a weird kid when it comes to choosing what to read. I don’t read something just because it’s mainstream, or it’s the current talk of the town. So, I didn’t really have a hard time choosing books I’ve read that remain undiscovered by many.

This is a contemporary YA (cause yaknow I am run by contemporary), about red-heads. In a certain town, red-heads are considered “royalty” like; they even started a beauty pageant to recognize the beauty of those who bear red hair. Red is such a good book, with a lesson or two about beauty and society standards. And also because, I personally find people with natural red hair, unique and beautiful.

In contemporary, there’s not much to go on from. But I do have my favorite contemporary plots; anything that has something to do with boarding schools, spies/undercover agents, and sports, I’m definitely sold! This is actually three-books featuring the same character; I don’t really know how to call that kind of “series”. What will it take for you to read this? Seriouslyyy. Lies.Murder.Mystery. And most importantly, BOARDING SCHOOL. #creepy #awesome

See that? Red Head, and Thriller. I read this back when I was in high school and let me tell you, it’s what got me into reading mystery and psychological thrillers. This is a bit like Pretty Little Liars, except, it’s shorter (stand-alone) and it’s definitely–100%–creepier!

4. SUNNYSIDE UP WITH RED KETCHUP by Ashley Andrews

Don’t let the title fool you and by that I mean, obviously it’s already a sappy-gooey lovestory but it’s got action! You get an undercover agent who was raised in secrecy (literally underground) by a group of FBI’s and other government groups. Noooo, it doesn’t involve out-of-this-world abilities. Assigned to keep a rich kid safe while they’re at a summer camp! DEFINITELY ONE OF THE MUST SUMMER READS.

3. THE PARADOX OF VERTICAL FLIGHT by Emil Ostrovski

I think I’ve mentioned this so many times in my blog. Seriouslyyy, if you haven’t read this or at least even added it to your TBR pile, what are you doing with your life!!! This is a coming-of-age or self-discovery kind of book, and its sarcasm is just on point! I CAN’T STRESS IT ENOUGH, READ IT.

Yes, it’s a contemporary YA. Yup, it is set in high school with the most typical contemporary YA plots but hey “overused tropes” is good for the head once in a while. This is such an easy read about an excellent volleyball player who’s found her heart in a different direction, theater. Oh, and another why should read this, it doesn’t really involve all those typical high school drama. 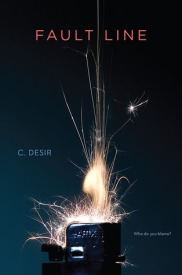 I’ve always loved dark books, the ones that are sad and depressing. They just appeal to me so much. This book, even though it has its flaws in the plot, it touches on some realistic points when you’ve experienced something like this. If you liked, How I Used To Be, and What We Saw, then this is for you.

I’m sorry Cabbages, I’m quite in a hurry when I am posting this (and a few things on my mind), that I don’t think it’s a well-put together post. But hey, don’t let that stop you from reading the ones I’ve listed, they’re all worth your time.

If you haven’t subscribed yet, kindly show the love and do follow Written Constellations. Leave your comments down below, I would love to talk to you, Cabbages! I’ll see you soon with a new post.

P.S Photos are from Google 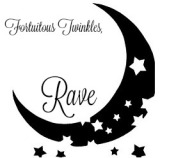