I’m getting married tomorrow. Please don’t bother with expensive gifts, rather, bring someone to marry me.

HELLO, Cabbages! You may be wondering, what’s with the controversial title…

But actually, today’s an awesome day for Top Ten Tuesdays! This weekly book meme was created by broke and the bookish. For this week, participants are encouraged to do a rewind, to feature an already finished topic from the past. For most of you who don’t know, I just recently joined TTT; meaning I get a lot of choices.

So I’ve decided to go with Fictional Crushes, which was done in Top Ten Tuesdays last October 19, 2010. I thought the title was just fitting, since if given a chance, I wouldn’t just want these fictional boys to notice me—if I could, I’d marry them.

FICTIONAL CRUSHES [soon to be husband—at least one of them]

Well, I like boys who are inclined with music. They’re mostly romantic, and what’s admirable is when they compose a song or two for you. It’s such a sweet way to make a girl feel special, like you’re the most beautiful creature who’s worthy of original song.

Nope, don’t get me wrong–I’m not a fan of Harry Potter (on the other hand, I don’t hate it either, I’m just not particularly hooked). But since I watched the movie adaptations, I’ve developed a liking to a Slytherin. It were the movies of Harry Potter that first drew me towards bad-boys.

Though, I have a thing for musicians, artists have an irresistible charm. For me, Artists are mysterious, and the secrecy makes them all the more sexy. I’ve always been drawn to guys who draw or paint; I think partly because I’ve done art myself when I was younger. I like how they think, their depth and it’s quite easy to make a connection with them. 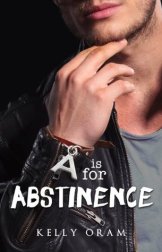 Well, if you’ve been around my blog long enough, you’d know that this is one my most talked about book and character in here. He represents a reality that has 0.00001% chance of happening, in simple terms, once in a blue moon. A boy who will change his lifetime 360 degrees for a girl.

Of course, I’d fall head over heels for a guy who’s got some mad survival and combat skills–I mean, who wouldn’t, right? Your knight in shining armor finally came in a body of a 15- yr old outlaw.

Okay, I know he’s got some real mental issues. He’s a problematic guy; but what I related to him because of how he looks at things. I’ll forever have a hard time discussing how I feel about Finch, but no matter what, he’ll always have a special place in my heart. If you’ve read one of my posts on here, you’d see I met someone who’s like the walking-talking reality of Finch. He’s got this sadness looming over him, but unlike Finch, he’s lucky enough to have surpassed his demons.

Obviously, you’ve seen in my short bio on the sidebar that I insist to be romantically involved with this non-aging boy. I just love the magic and the story surrounding Neverland. And somehow, I deem Peter Pan to be a very complex character. I can’t exactly gauge his personality because I feel like there’s a certain darkness that’s yet to unearth from the innocent flying boy, but at the same time, I can’t stop obsessing about him. I know #weird.

Most of you know, I rarely read overly-hyped books. This, however was an exception. One day, I just decided to pick it up. But I didn’t expect to like it, or to be drawn to any of the characters UNTIL I read Jem. I know I might be alone in this boat since most adore Herondale; on the positive side, let them all ship Herondale & Tessa–so I can have Jem all to myself. *insert evil and extremely villainous laugh here*

There you have it, Cabbages! I love admiring fictional characters, it’s almost like immersing myself to their world.

But since we’re all friends here, I’d like to share that I’m part of the lucky ones. Before, I’d always just admired a character or a real person; the personalities I’m looking for in a partner were present through bits and pieces. Finally, I’ve found my own hero, who’s saved me from the darkness consuming me for the past 2 years. He’s different from all the boys I’ve gone out on dates with; he’s given a completely different definition to “ideals”.

Through all this, I’ve learned that finding love is more than finding a charming boy who fits your “checklist“. It’s about finding eternal happiness and haven in the presence of a person.

To all of you out there still keen on finding their other half, my advice is, don’t look too hard. Remember, the most rewarding things or opportunities are sitting right under our nose. I strongly believe that they come during the most unexpected moments.

Question for everyone, What draws you towards a person? Leave your answers in the comment box below; or just a YA recommendation! I’d love to talk to you about almost anything, so random thoughts down in the comment section are highly encouraged.

Stay tuned for my upcoming review of The School for Good and Evil, which was supposed to be up by yesterday but I couldn’t organize my thoughts at the moments so it got pushed to today’s agenda. Spread the word about Written Constellations, Cabbages! Let’s welcome new vegetables in our farm!

6 thoughts on “Walking Down The Altar”